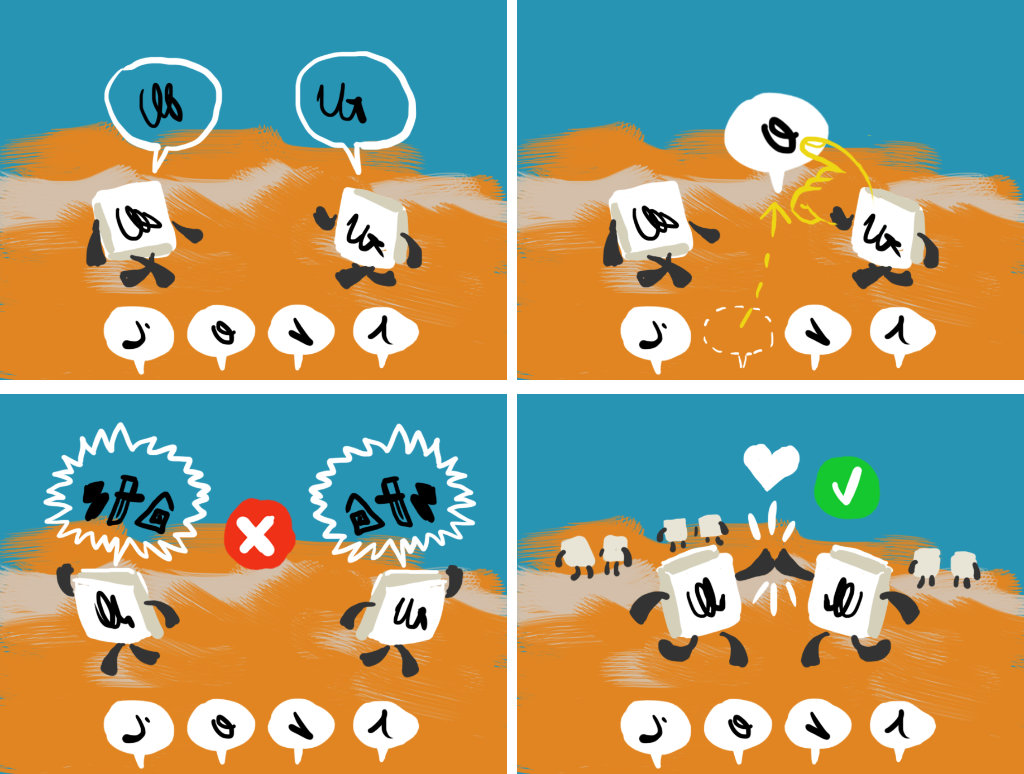 Play Objectives: Create as many friendships as possible: inspire friendship between LLs by showing they have common arguments.

Two LLs appear (showing or not showing their word, depending on the difficulty) walking from off-screen (they enter moving from the front side so we see their back, and they turn—if necessary based on pedagogical level—to show their written word). Each of them says their word. The player then can choose between N letters to drag to the center of the screen (inside a comic balloon).

Now and then Antura will fall from the sky and land on his ass between the LLs, causing them to move away from each other. Antura will then jump back on his feet, [bark/woof/burp], and run away off-screen (by running away from the camera for a little then curving left or right to exit).

NOTE: When Antura runs away the movement will have to consider the objects in the environment and prevent sliding. If this might be an issue, we could also just make him disappear with a POOF.

The game will end under one of these conditions:

The camera zooms to the “friendship area” and shows all friends interacting happily.

Condition: too many wrong letters chosen. The current LLs show their word and the correct letter is evidenced. Then the camera zooms out from the “friendship area”.