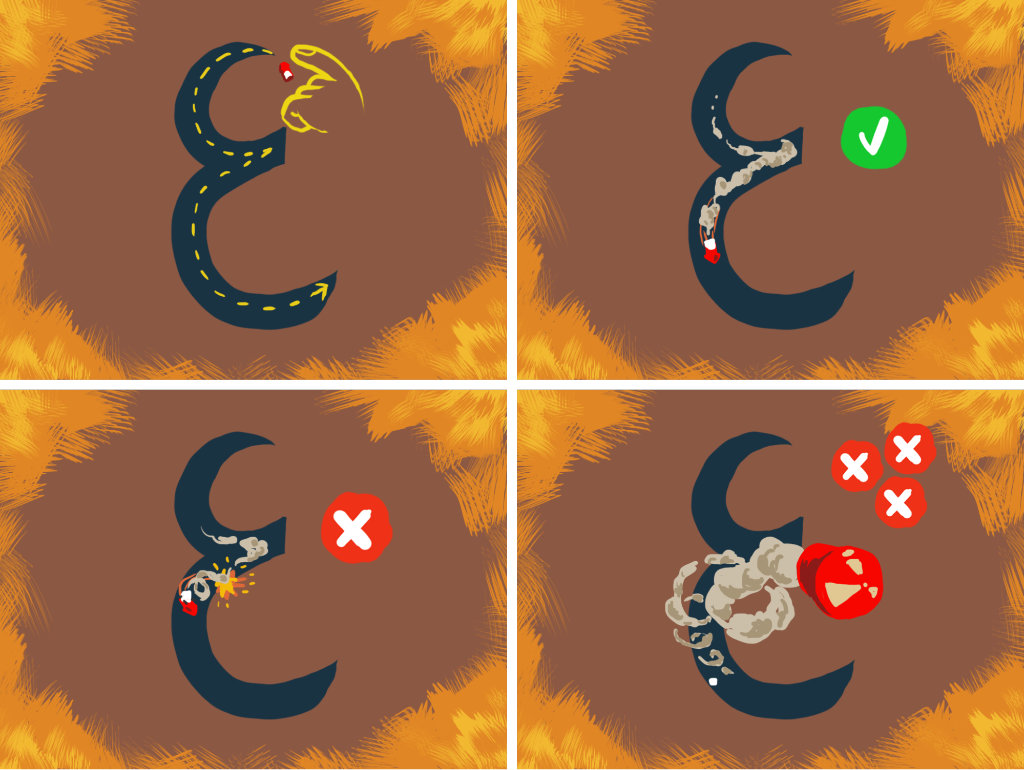 Player must draw the correct letter.

Pedagogical Objectives: Learning the shape of a letter by drawing it (addendum: also learn how to draw a letter correctly).

Play Objectives: Along a racing track, draw as fast as possible the correct path so the LL can reach the end and grab the bonuses.

The player will have to draw a path along a race track (aka the letter to trace) as fast as possible, using the correct drawing direction (start to finish line), while the LL (who is riding an idle rocket) waits. As soon as the player reaches the end point, the LL will ignite the rocket and follow the drawn path at a very high speed.

When a round starts, we hear the sound of the letter.

NOTE: the rocket will have to be colorful/cartoonish, to make it clear it’s a fun-rocket and not a missile.

If the player doesn’t complete the path on time, Antura appears and chases the LL. The LL ignites the rocket and escapes off-screen (still chased by Antura). The round is lost.

Less time to draw. Time attack should be an important factor, so we reward the player more than punishing him if he goes faster than necessary.

We should follow the Lebanese approach to letter sequences, so the harder the pedagogical difficulty, the more complex the letter to draw

The game will end when the game timer elapses (timer will need to be paused during “new round” animations).

The LL reaches the track’s end, and fireworks/other-effects appear.