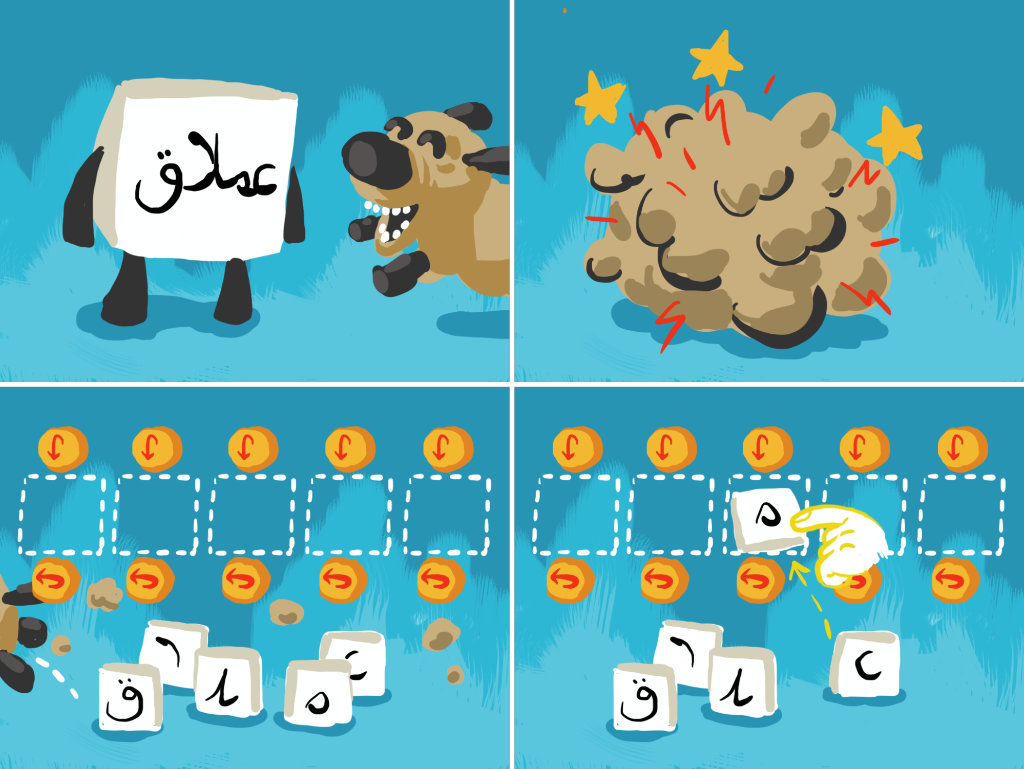 Player must find the correct letters in order.

Play: Recompose the anagrammed (and disoriented) LLs in the correct order.

Each round begins with a giant LL showing the full word. Antura arrives running, a fight begins (dust particles to hide it) and the giant LL will become a scrambled series of regular LLs with a letter each. The player will have to place them back in the correct position, and also rotate them correctly. The main challenge here is usability (considering dragging and rotating).

A note on why the “rotation” buttons: they seem the most usable option to allow a kid to rotate LLs without getting crazy, while keeping the actual LL interaction just for the dragging (from the ground to a UI square, or from a UI square to another).

Antura appears only at the beginning of each round, to scramble the giant LL.

Each round will end under one of these conditions:

The game will end when the given number of rounds have been met.

A POOF will happen, and the giant LL reappears, with a victory animation and VICTORYRAYS behind.

The LLs fall back on the ground (if they were in the UI squares), their arms and legs reappear, and they run to position themselves in the correct order (the giant LL doesn’t reappear though). They utter some gibberish sound that represents disappointment and the original word appears in the center of the screen.

Alphabet version Instead of a word, the LLs have to be positioned in the right alphabet order. The rest would work the same.