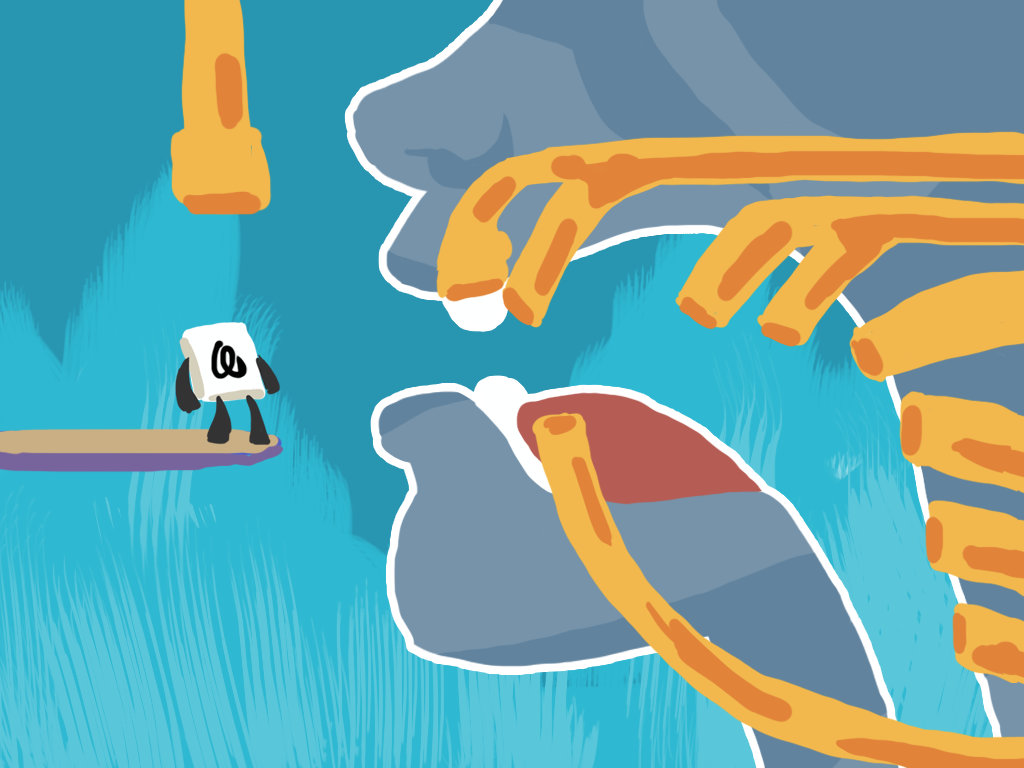 Pedagogical: identify the location of pronunciation of letter in the body Play: Drop the traveling LL in the right hyper tube that would take it home

Attempt based, Time-based (single timer per round), multiple rounds.

A LL walks from the left of the screen to what look like a hyperloop terminal, we hear the sound of the letter, than the shepherd asks the player to say the letter in a loud voice and try to feel from which part the sound is going out from his mouth.

After the player identifies where the sound is going out from his mouth, he will drag the LL to the tube that corresponds to the location and drops it in the opening for the LL to go home.

Antura would appear on the left of the screen barking on the LL every time the counter gets to 25%, the LL will jump in fear. If the player fails to move the letter, Antura will run to ward it and the LL will do the Poof ninja disappearing.

There is more than 8 places that can be used, nevertheless some letters will sound too close to each others that will confuse the player. We will use only 4 positions in the mouth to identify from where the sound is going out.

End round (repeated per round)

The player identifies the right gate where the sound of the letter is going out from and drops the letter in it. The LL would tell him bye bye as a success of the round and disappear inside the tube with a vacuum sound.

The player drops the LL in a totally wrong gate, we hear a rumble and the LL is dropped off (spit off ) from the top tube and lands on the platform for the player to try again. At this stage we help the player a bit by making a raisonance sound and resonating the tube a bit to hint him.